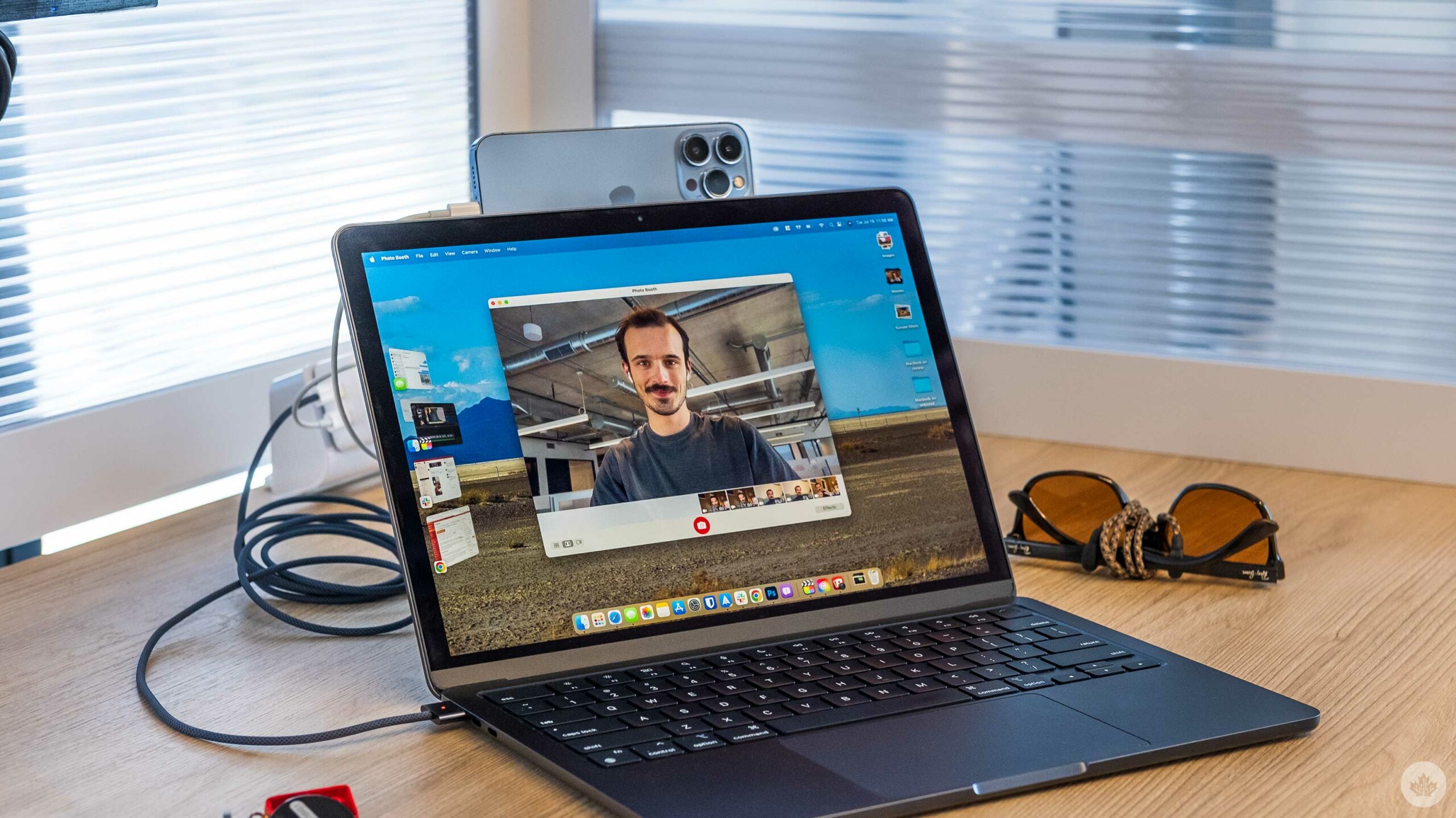 I’ve been using macOS Ventura for a few days now, and while new features like Stage Manager are nice, the first thing that blows me away is Apple’s improved Continuity Camera.

The new version makes it easier to add your iPhone as a webcam on your Mac, and the camera quality improvements are amazing. There are a few hurdles involved, but for the most part, Continuity Camera is a stellar update.

What do you need

How to set it up

To use the new feature, you need to make sure your iPhone and Mac are running on the latest version of Apple’s beta software. This means iOS 16 and macOS Ventura.

The next step is to make sure your iPhone and computer are relatively close to each other and on the same Wi-Fi network. On your Mac, open an app that uses the camera, like FaceTime or Photobooth. Go to the camera selection menu and select your phone instead of the default camera on your Mac.

For the demo, I chose to use Photo Booth and the camera controls are located in the menu bar under the “Camera” subheading. You can set this to work automatically, but in my testing my laptop always defaults to the built-in webcam.

However, I find my iPhone 13 Pro’s rear camera looks amazing as a webcam with a nice depth of field, so it’s worth changing it manually.

The cameras change depending on the orientation of your phone. When shooting in landscape it is wide, but when your phone is in portrait orientation it takes on a tighter frame.

Mounting your phone is the hardest part. canadian YouTuber Dave2D decided to tape his phone to his MacBook, and I’m using mine on a large cup of McDonald’s iced coffee. Apple also showed off a Belkin accessory at WWDC that snaps to both your iPhone and MacBook, but I can’t find it online. Other options might include a phone tripod or a classic book stack.

What else can it do? 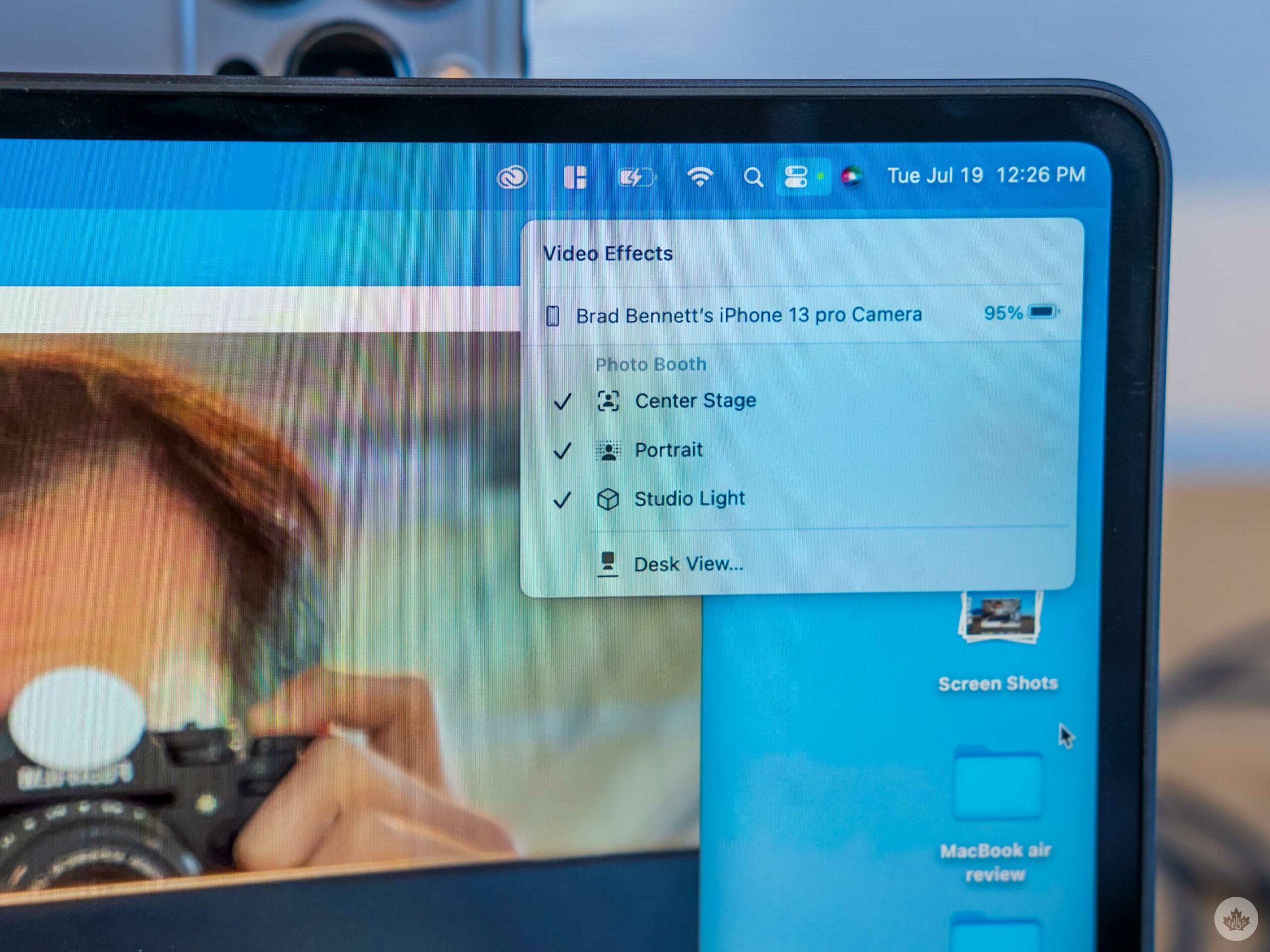 Although still limited, there are a few other features you can enable to adjust the Continuity Camera to your preference. These controls are grouped together in the macOS Control Center by default under the “Video Effects” toggle that appears whenever the webcam is turned on.

The first option allows users to activate an artificial blur called “Portrait mode”. I know a lot of people like to use this feature, but it seems a bit overkill, so I found using the iPhone camera’s natural depth of field to be a better bet in most case.

The next option is “Center Stage” which crops the camera sensor a bit and then uses software to keep the user in the center of the frame. This feature is also available on the Studio Display and several iPads, but because it’s cropped, it doesn’t provide optimal image quality. That said, this mode can be useful if you’re walking around a kitchen or have more than one person on screen. I’ve also found it difficult to place your iPhone in an optimal position. Center Stage can therefore help you adjust your framing.

The right image has the default view and the left one has the “Studio Lighting” effect enabled. You can tell because the background is darker.

Activating “studio mode” makes you appear on screen as it changes the lighting in your frame to make you brighter and the background darker. This option is subtle but allows you to isolate yourself well on the screen.

Finally, there’s a new feature called “Desktop View” which is impressive but difficult to use. This feature works by tilting and distorting footage from the iPhone’s ultra-wide camera and making it look like it’s shooting directly. For this mode, you need your phone to be mounted somewhere high. I’ve found eye level to be optimal, but the further your phone is from the desk, the better its field of vision will be. 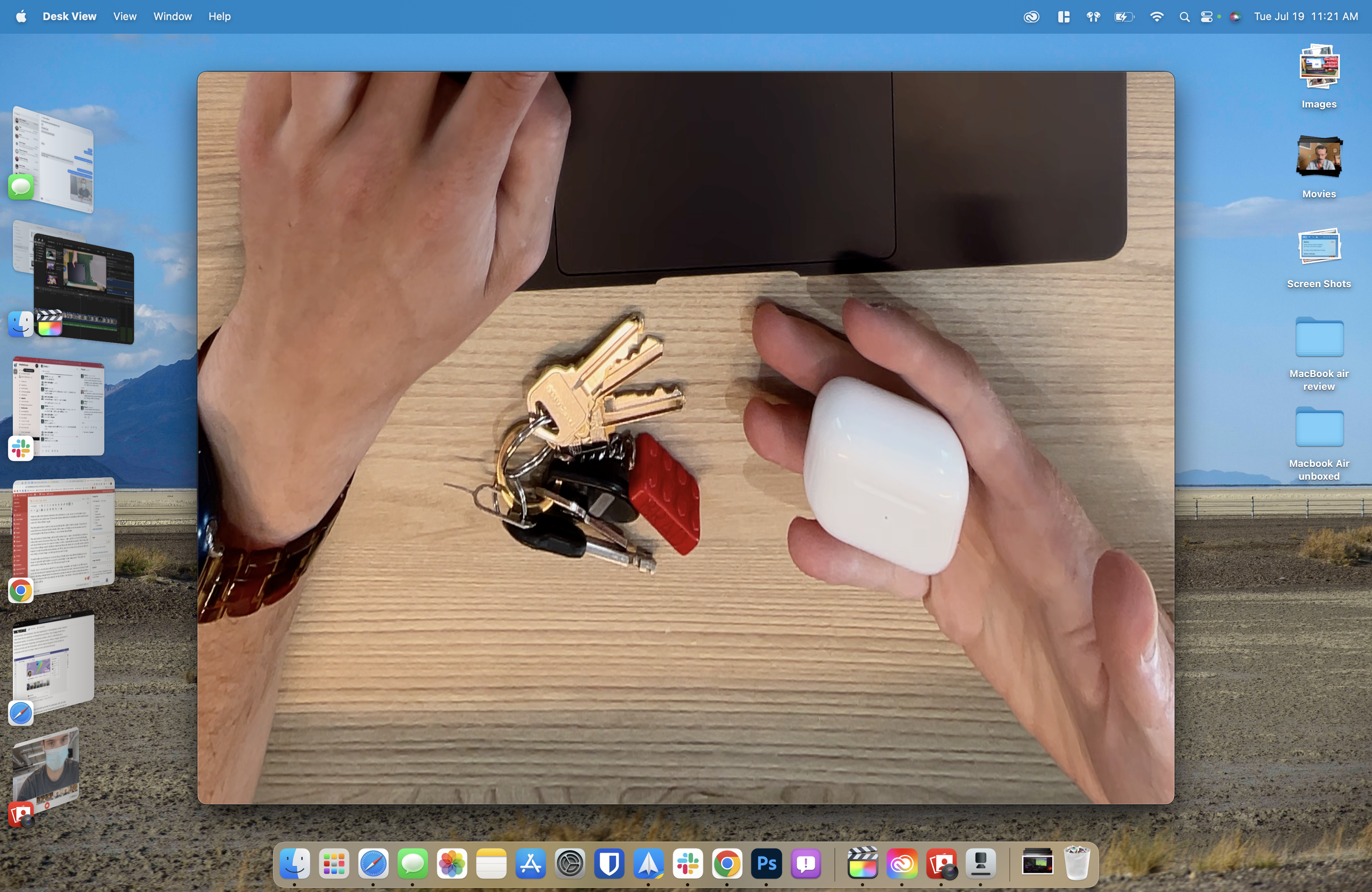 It should also be noted that this stream does not work as a webcam. Instead, it appears as a new window on your computer, so you’ll need to share your screen through your video chat platform to make it work. It’s a bit weird, but it’s a very useful feature if you need to physically show things that are written.